Because backtracking breaks problems into smaller subproblems, it is often combined with dynamic programming, or a divide-and-conquer approach.

Here are some concepts that will help you implement a backtracking algorithm.

In the algorithms below, it is assumed that each decision is irreversible, so there is only one path to each state. If modeling a game like chess, you would have to be more careful, as it is possible to arrive at the same state multiple different ways. If it is possible to reach each state multiple ways, then we would also need to keep track of which states we had already visited.

A recursive implementation of a backtracking algorithm takes the general form

In some languages, there is a limit to how many nested recursive calls you are allowed to make. Exceeding this limit raises a stack overflow error. (Python is notorious for defaulting to a low number of nested recursive calls.) Behind the scenes, calling a function recursively pushes all your variables to the call stack. We can get around this limit by implementing our own stack.

Here are the states that the backtracking algorithm explores for a 4×4 board. Note that naively there are 4! = 24 complete configurations with 4 queens on the board, if we place the queens row-by-row, and avoid reusing a column that is already used. With backtracking, many configurations are eliminated early. This algorithm shows all solutions, instead of stopping at the first one found. 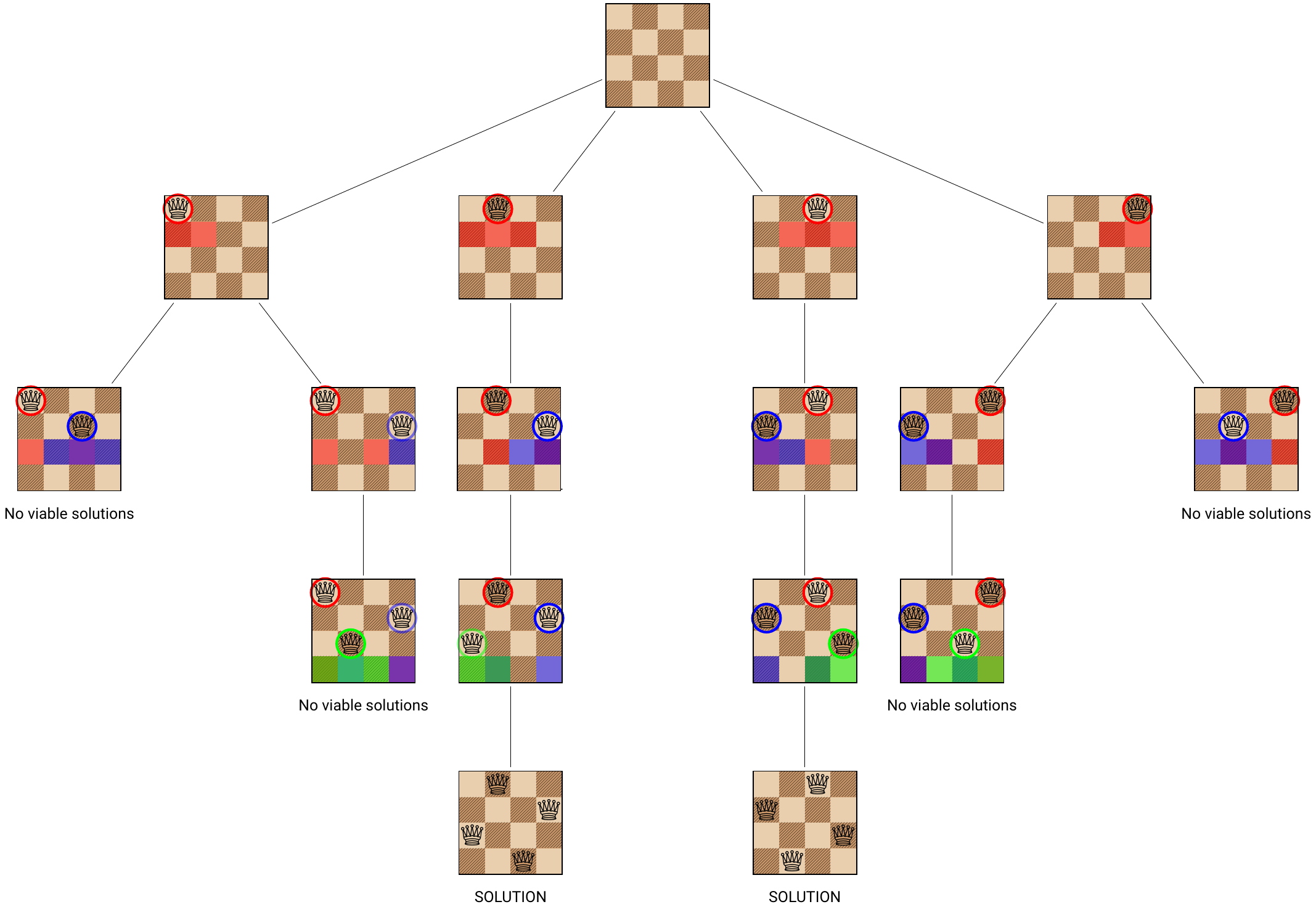